The walkers started at Upton Court Park and headed off towards Windsor. 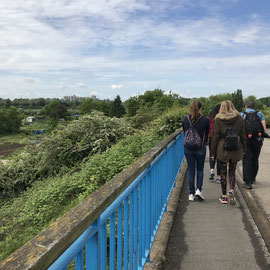 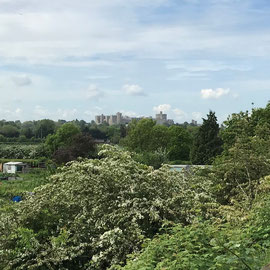 As the walkers crossed the M4 motorway we could see the castle in the distance,  but you need the zoom to see it better. 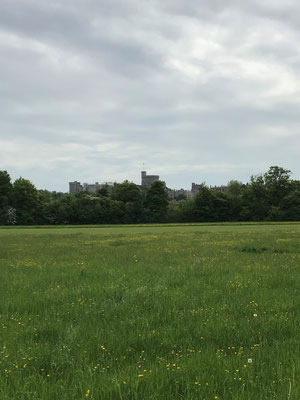 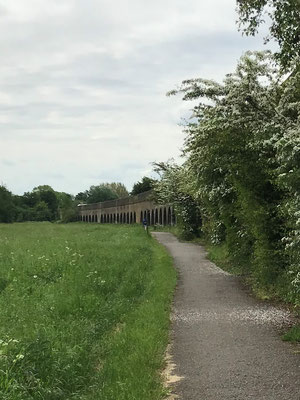 We crossed playing fields in Eton and followed footpaths towards the river. The railway viaduct carries the Windsor to Slough local line. 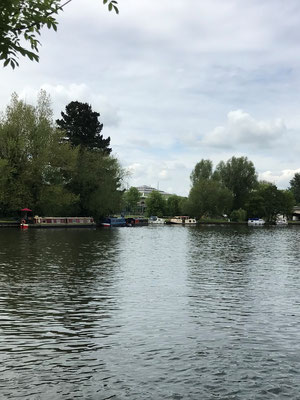 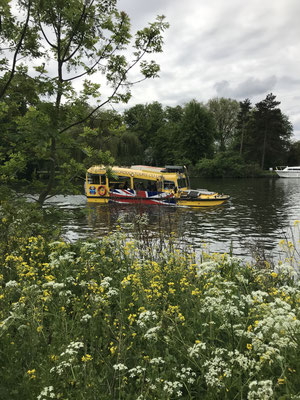 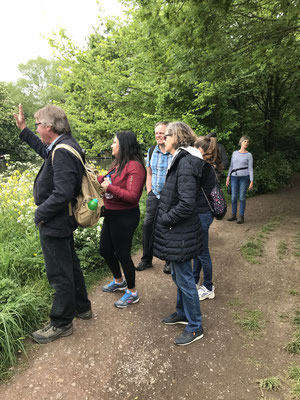 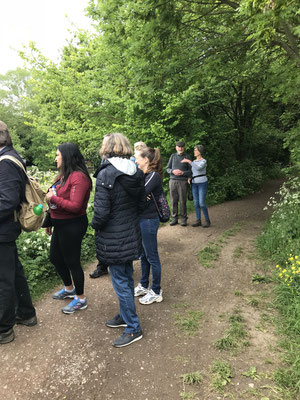 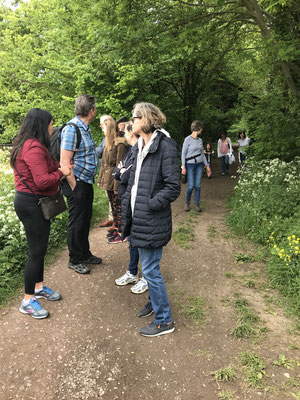 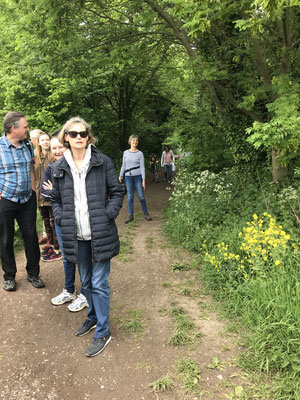 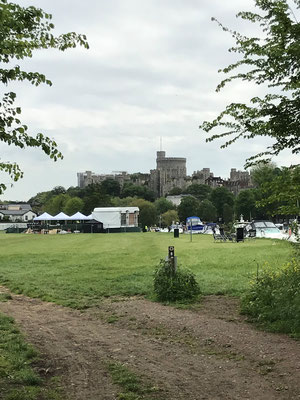 We reached the River Thames and walked along the riverside towards Eton High Street and Windsor bridge. We saw one of the Duck Tours boats on the way. There were preparations for the Royal Wedding taking place in The Brocas. Tents for the media circus that is to come to interview and photograph events. 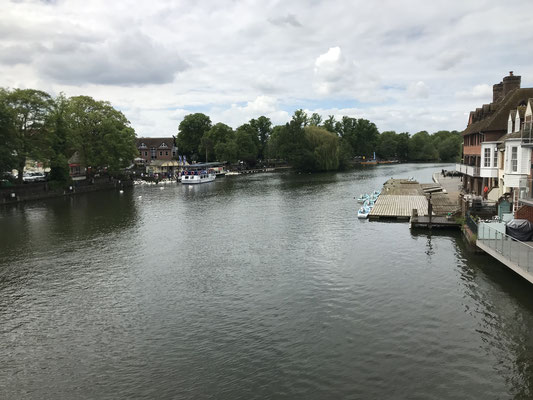 Crossing Windsor bridge from Eton to Windsor the view upstream of the Windsor riverside.  There are swans on the river along here, which seem very keen to get food from the admiring humans. 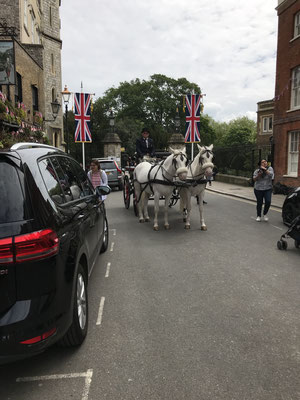 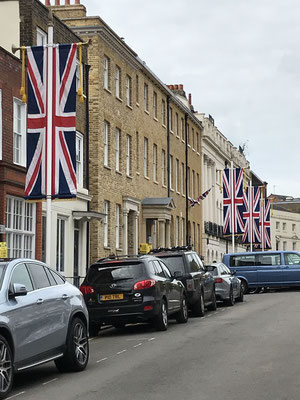 After walking down a section of the Long Walk we left the park and headed back into the centre of Windsor. The flags were out for the wedding and the horse drawn carriage was being used for a foreign TV item.  Apparently it took the driver of the carriage two and a half hours to clean the horses for their TV debut, they had been rolling in the mud.

We finished the walk returning to Upton Park via Eton High Street. We had lunch at the Christopher Hotel on the way.

It was nice to have so many people on the walk this year.  A big thank you to everyone who came on the walk.